On Friday, Feb 13th, Chris and I took the Dolphin Discovery Excursion from our cruise.
http://www.dolphindiscovery.com

It was one of the most amazing events of my life.

I've already posted to Flickr the photos of the kiss, hug and dance. These videos are of the Foot Push Boogie Board ride and Dorsal Tow.

We also had random fun with the Dolphin, getting chances to pet and play with him. (Ok, he mostly came along and splashed us ;)

Waiting in line to see Margaret Cho at the SJ Improv.

We were bad kittie parents...

OMG! The depeering one ISP has dropped my $employer's spam catch rate from 85% to 46% in one day! http://tinyurl.com/5j8wzy

Reports of Forry's demise are premature...

and the LASFS update page:
http://www.lasfsinc.info/index.php?option=com_content&task=view&id=119&Itemid=275

History has been made. In a good way.

Barack Obama is the President Elect of the US.

"Rosa sat so Martin could walk. Martin walked so Obama could run. Obama is running so our children can fly."

I've seen this twice so far, one said it was on NPR as part of man in the street interviews:

Person recieved the following text message: "Rosa (Parks) sat so Martin Luther King could walk. MLK walked so Obama could run. Obama is running so our children can fly."

The 2nd post simplified it a bit and makes you think about it harder with the subject line form.

...just wish there was attribution... Chris is the costumer and performs in four numbers, and I'm the stage manager for the show.

"We're concerned with Joe the Plumber... who has a license." Biden on Jay Leno. My first time as the *official* masquerade photographer.
My thanks to LJ:iamradar for offering me the job.
Many thanks to LJ:jadecat9 for the use of her lighting equipment, photographic advice and support as I had a major case of the nerves.

We're off to Silicon. I may not post, but I'll probably tweat.

They blow sh**...stuff up.
They shoot it out of cannons of various sizes.
They build rigs to do high speed, low speed or power tests.
They risk injury and even "death", Adam gets hurt LOTs.

On our last day, at the last place we visited in Yellowstone,
I fell and my Nikon D70 took a nose dive and stopped working.

I've spent the last couple of weeks learning what it can do.

Here is one of the first shots I took that really shows off it's low light capability:

Everything old is new again...

Wow, we are watching the MTA Video Music Awards and there is remake after remake flowing by.

Even Kid rock is using the music of Werewolves of London for a song.

...have I ever before simply watched a Worldcon Masq.

It's off to Vintacon we go.

I have a friend working as background actor. Now, as he would testify, while you get awfully cool stories to tell at parties, you don't really get much in the way of Benjamins out of it.

Friend has just made a YouTube video as a gig for a ticket-selling company hoping to drum up business. The more hits, the more exposure he gets.

So if you have two minutes of your life to spare and want a good chuckle, click here and enjoy.
http://www.youtube.com/watch?v=iRBj8Gitpbw

And if you felt it was a worthy enough chuckle to pass along, please do so, but DON'T embed the video -- the point is for the company to get the click-throughs. Just put in a link.

If what he says about Dodger Stadium is true, I don't want to go near the place.

In our own private showing. We are the only ones here.

blog it test from iPhone.

Does it make of to LJ, Blogger and Vox?

Do you want to go to a party? Are you having a party? Come check out the listing of all the parties, and meet some of the organizers ...

We all know a few geeks. :) But what do you do when you need to get them a gift? Our panelists give their suggestions and take those of the audience for discussion.

Is it really important what medium the work is in? Does the increase in visual media imply a decline in literacy? Are we becoming a transliterate society, with the ability to read, write and interact across a range of platforms, tools and media? Is this good?


Mon. 11:30 AM Lafayette/San Tomas/Lawrence Pirate Eye for the Landlubber Guy

Join our expert pirate clothiers as they outfit a typical landlubber or two in high piratical style.

And creates status links in L & K, pointed me towards this site.

Can import your Blogger & LJ posts, and cross-post out to them as well, plus some others I don't use.

This is a test of the later functionality. 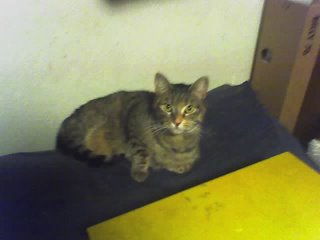 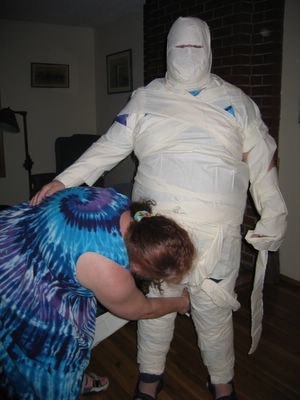 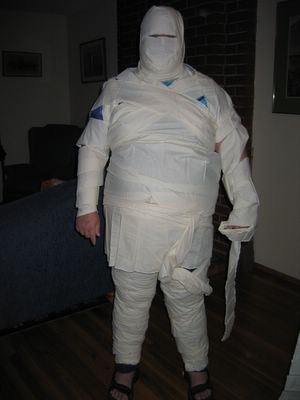 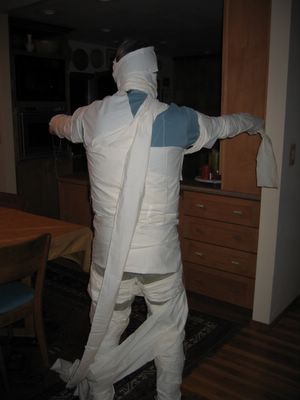 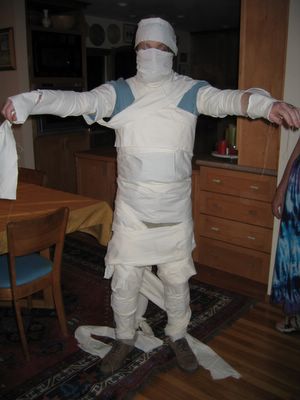 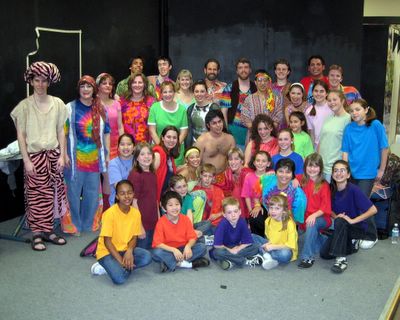 Stage 1 Community Theatre's production of
Joseph and the Amzaing Technicolor Dreamcoat
cast in their GoGo Joseph costumes.
Designed by ChrisO and JuliC.

Just a place holder blog, see my real WebLog at: